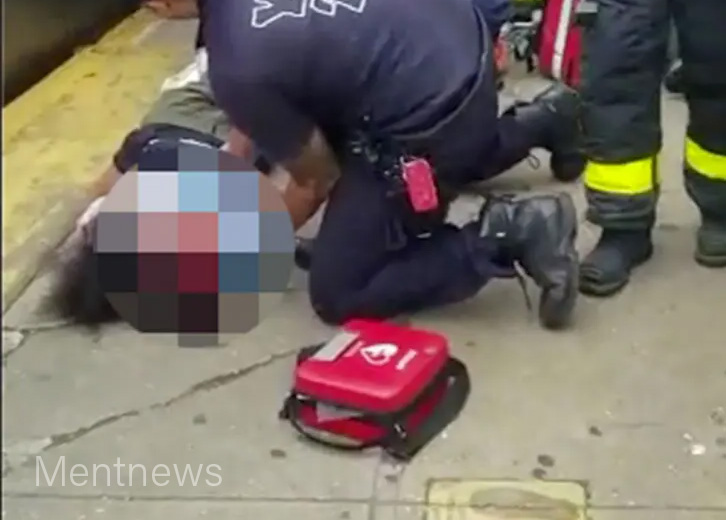 Footage shows paramedics helping the teen off the roof of the train car and placing him on the platform.

Early Friday, a 15-year-old subway surfer was fighting for his life after hitting his head while surfing on the roof of a 7 train in Queens, according to reports.

According to police, the teen was found unconscious and suffering from a severe head injury on the roof of a train car at the 111th Street station in North Corona around 6:30 p.m. Thursday night.

Police say the boy was walking on the elevated tracks of the southbound 7 train when he struck his head on an unknown object.

Dramatic images from the scene show officers and paramedics lifting the teen from the roof of the train car and placing him on the platform. The teen’s head was bleeding profusely in the footage.

He was taken to Elmhurst Hospital, where his condition was critical.

Following the incident, 7 trains were delayed in both directions.

The boy’s tragic accident is the second subway surf stunt in less than two weeks.

Earlier this month, a video was posted on Twitter showing a group of about eight people running onto the car of a Brooklyn-bound J train as it crossed the Williamsburg Bridge.

Some of the subway surfers could be seen carelessly sprinting and jumping the entire length of the train. The suspects in that incident have not yet been identified.

Last October, a 32-year-old man plunged to his death while surfing on a J train at Essex Street.

In 2019, a 14-year-old was killed while hitchhiking on the roof of a Manhattan-bound Line 7 train near Queensboro Plaza. That same year, reports of subway surfing rose 15% from the previous year, and transit officials believed the number was grossly underestimated, according to an investigation by The City.

MTA officials scolded potential daredevils who sought their thrills on a moving subway.

“Riding on a subway car is reckless, extremely dangerous and reckless, and causes significant delays for other New Yorkers,” Pat Warren, MTA’s chief safety and security officer, said in a statement.

“Indulging in a thrill ride that breaks the hearts of family and friends is reckless; choose other ways to have fun, ones that show respect for those you care about.”