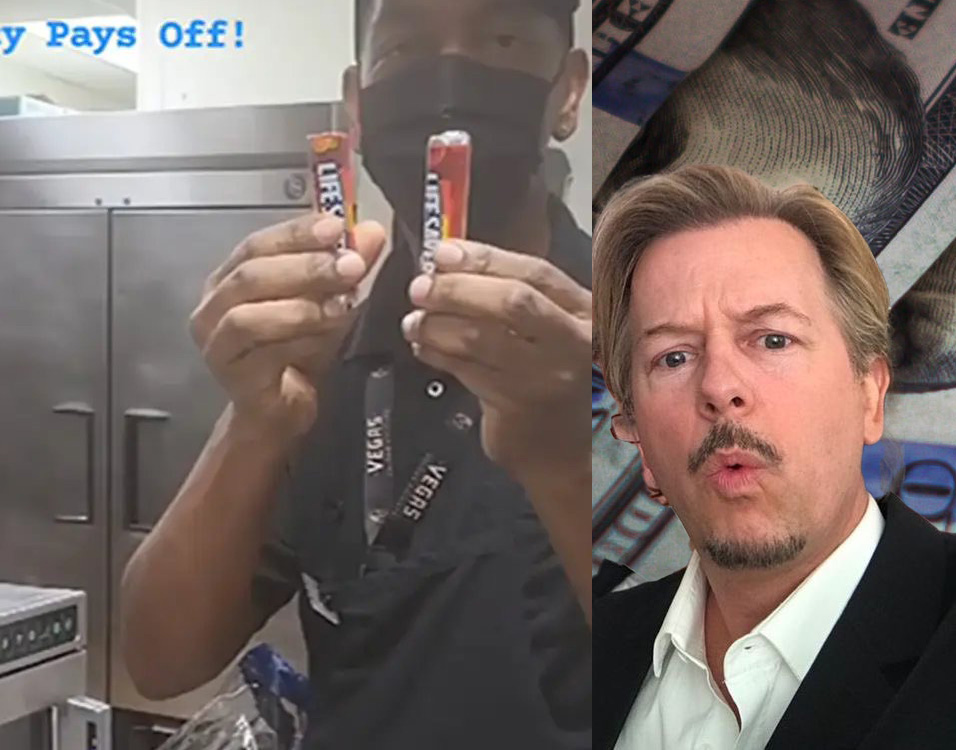 The Burger King employee who got a mediocre gift bag as a thank you for 27 years of work seems to have touched David Spade…. He gave him money and made him laugh.

Kevin Ford , who went viral this week after showing off his corporate gifts, his daughter let him know that someone named David Spade had donated $5,000 to his GoFundMe, but he wasn’t sure if it was the comedian himself until he checked his Instagram inbox.

David interfered with Kevin’s direct messages … urging him to move on after 27 years without a break, and even made a joke about waiting a few more years before finally taking a day off.

Kevin tells us he’s a big fan of David, so getting a donation and some fun with Spade is surreal.