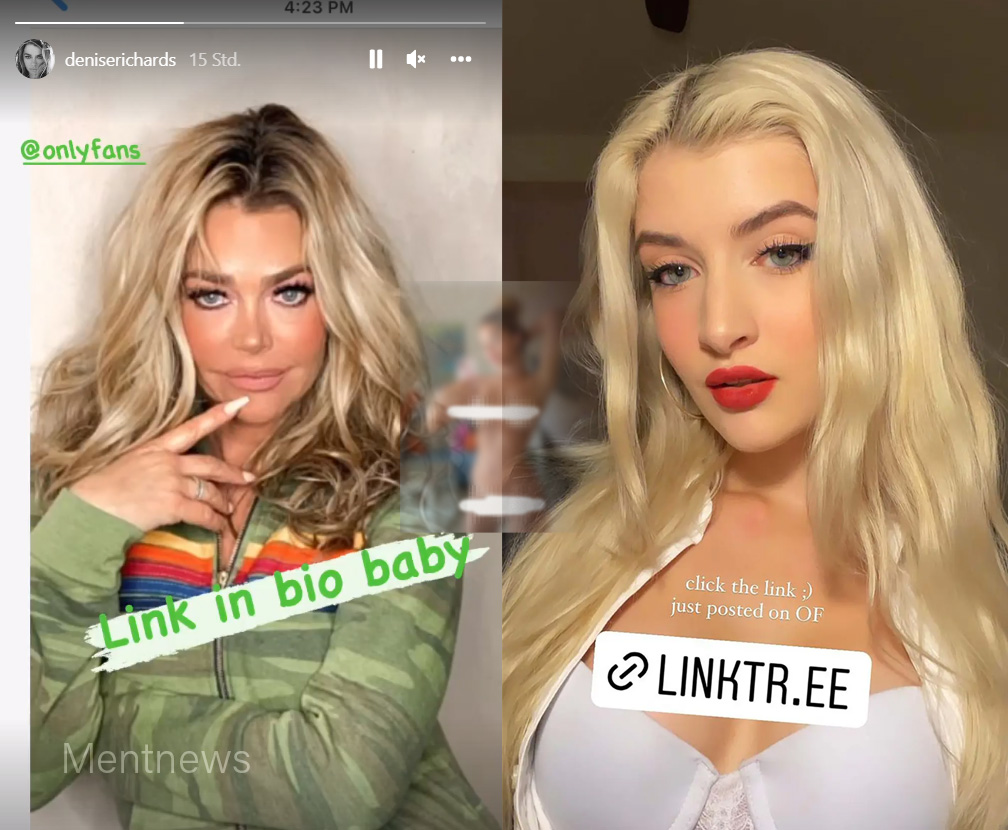 Denise Richards’ OnlyFans page, which is already fully set up, already has a verification stamp and can be accessed for a $25 per month subscription. A three-month package currently costs $67. A post has already been filed there, with the headline “Best view in Malibu.”

Sami Richards’ father, Charlie Sheen, disapproved of his daughter’s action in an interview with “E!News.” “I don’t condone it,” the former “Two and a Half Men” star said. However, he said he could not stop it and only urged Sami to add style and creativity to her channel there. Asked about her daughter’s activities, Denise Richards said, “All I can do as a parent is guide her and trust her judgment.” However, she added, her daughter makes her own decisions.

What exactly is OnlyFans, anyway?

In recent months, however, more and more celebrities can also be found there. Rapper Cardi B (29), actress Carmen Electra (50) and actress Bella Thorne (24) have attracted a lot of attention with their accounts.