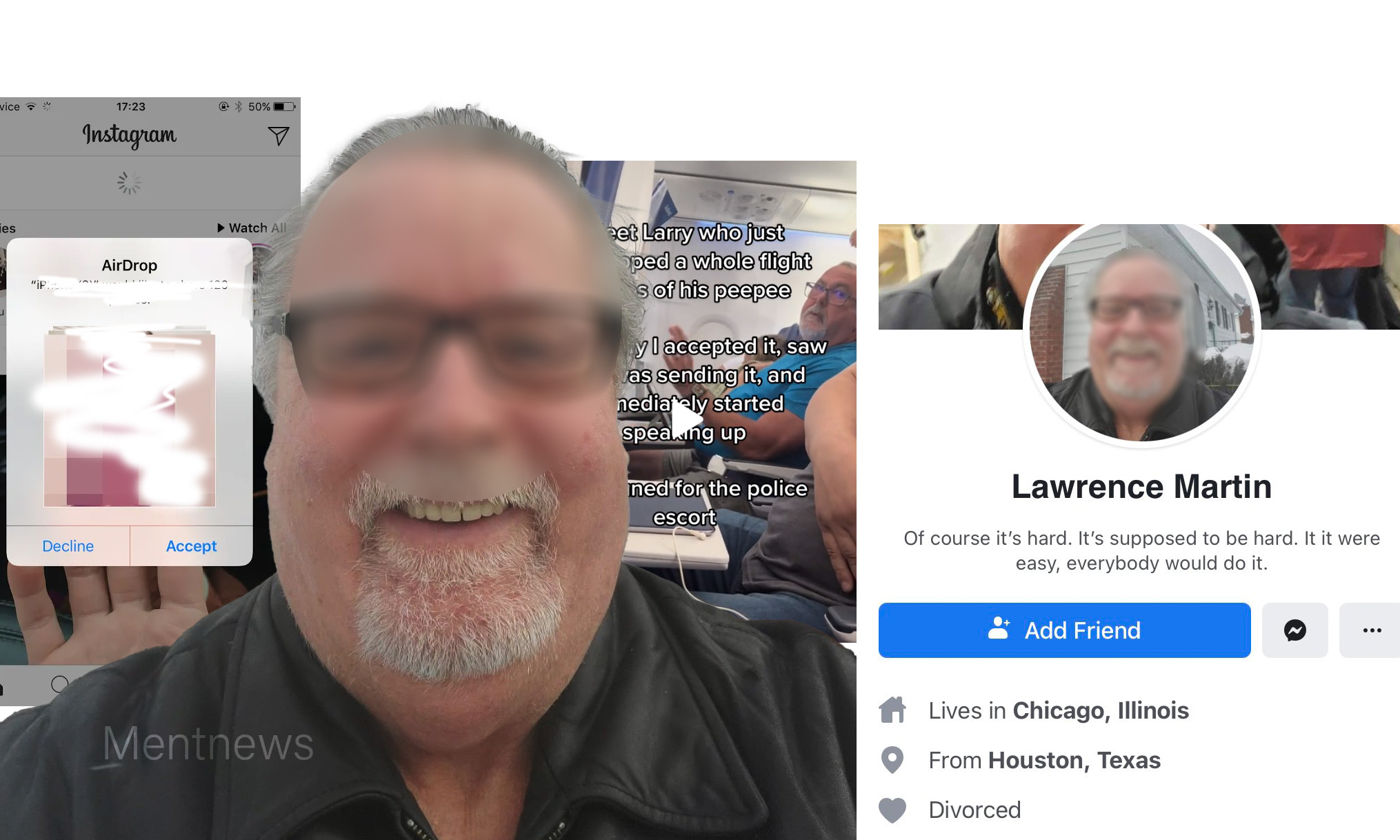 The caption reads, "Meet Larry who just AirDropped a whole flight photos of his peepee."

A man named Lawrence “Larry” Martin was called out in a viral TikTok video for sending a NSFW photo to the entire plane via AirDrop.

Fortunately, DaddyStrange caught him in the act and called him on it.

When a flight attendant asked, “Why are you doing that?” the man replied, “Just having a little fun.”

The recording person then added, “That’s sexual harassment,” to which the flight attendant agreed.

One commenter said, “The way he just admitted it, like he didn’t know it was wrong ??”.

The person doing the recording added, “That’s sexual harassment,” to which the flight attendant agreed.

One commenter said, “The way he just admitted it, like he didn’t know it was wrong ????”.

To make matters worse, the flight attendant confirmed that there were indeed children on the plane who had devices such as tablets.

Watch the original video below:

In another video, the person who recorded the incident asked the man, “Hey Larry, do you have a TikTok?”

He replied in the negative, to which the person replied, “Oh, damn.”

The video was accompanied by further explanation of what happened after the AirDrop.

Apparently, some people on the plane met with an FBI agent who informed them that Larry had been arrested and “will be spending the weekend in an airport jail, whatever that looks like.”

This person then confirmed that a child also received the AirDrop but did not accept it.

“There was a child who was sent the photo but did not accept the AirDrop, his father was willing to fight,” the person said.

“If he did it by accident and apologized, that would be one thing, but he obviously doesn’t even think he did anything wrong,” one commenter noted.

The original poster responded, “He admitted it 100000% and knew what he did.”

Other commenters praised the person for speaking up and recording the creepy interaction.

“Thank you for speaking up. Behavior like this is a big deal and cannot be tolerated,” said one.