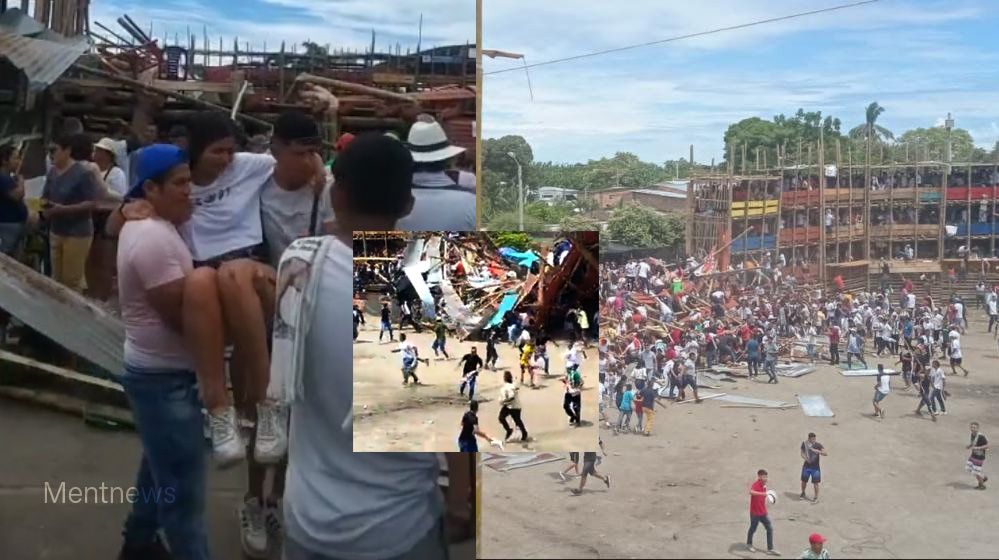 FOUR DEAD AND MORE THAN 60 INJURED REPORTED BY AUTHORITIES AFTER THE COLLAPSE OF BOXES IN CORRALEJAS OF EL ESPINAL, TOLIMA.

Four dead reported after fall of boxes on Corralejas in El Espinal, Tolima

A few minutes ago, the authorities of the department of El Tolima reported a terrible emergency in the municipality of El Espinal, while the popular festivals of San Pedro and San Juan were taking place.

The emergency occurred in the Gilberto Charry bullring and was captured in several videos that clearly show the moment when a large part of the boxes collapsed with hundreds of people on board.

The aid organizations that arrived on the scene currently report a total of four dead and about 500 injured. Of the latter group, about 30 are seriously injured.

The images show the collapse of part of the stand, at least ten seriously injured are taken to San Rafael Hospital and other health centers.

In an interview with Blu Radio, the governor of the department of Tolima, José Ricardo Orozco, said that among the dead are “two women, a man and an elderly man,” the official said.

Through social networks, users have called on President-elect Gustavo Petro to stop holding these corralejas, in which dozens of animals are mistreated and the integrity of participants is at risk.

For this reason, the future president of the country issued a statement on his Twitter profile in which he called on governors and mayors to stop supporting this practice and to remember the tragedy that occurred on January 20 in Sincelejo, Sucre.