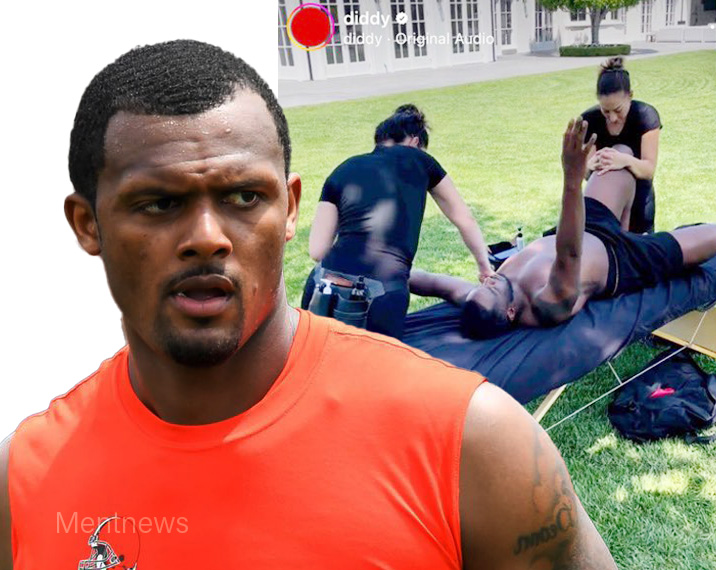 Here’s what the NFL has going on with Deshaun Watson.

According to the NFL, 4-5 of the 30 or so women accusing Watson of misconduct during massages have actual substantiating evidence to back up their claims.

Those allegations warrant at least a one-year suspension, according to the NFL, and that’s what they’re pushing for.

Problematically, Robert Kraft was caught on 4k paying for happy endings, and he had to fight very hard to get the tapes destroyed and the case dismissed. The NFL has not punished Kraft. There have also been incidents where owners and front office people did something wrong and nothing happened.

While no one is saying that two wrongs make a right, it is a strong defense that an independent arbitrator might consider. The WSJ has a recent report on what the NFL wants to do.

According to people familiar with the matter, the NFL is pushing for an indefinite suspension for Watson, no shorter than one year. That would mean he would be suspended for at least a season before he could seek reinstatement.

An indefinite suspension also would give the NFL the flexibility to suspend him longer, depending on whether more cases come up, the individuals said.

The league believes it should impose the most severe discipline it can, based on last year’s investigation, the scope of the allegations against him and some allegations that NFL officials say are particularly damning. While the league’s arguments span the broad spectrum of allegations against Watson – in addition to the 24 lawsuits, other women have accused him of misconduct without taking civil action against him – officials have focused on five of the alleged victims whose cases they believe contain the strongest evidence.

The association will focus on those five cases when it argues for the comprehensive ban. These cases contain contemporaneous corroboration, such as text messages, to the women’s accounts, two of the individuals said. The league believes these allegations in particular are objectively provable and demonstrate a clear and troubling pattern of behavior by Watson.

Meanwhile, the union and Watson’s attorneys are preparing an aggressive defense of the quarterback, resisting a suspension they say is unprecedented. They will argue that such a penalty is inconsistent with what has been imposed on players and owners in the past, one of those involved said.

How long should Deshaun Watson be suspended?