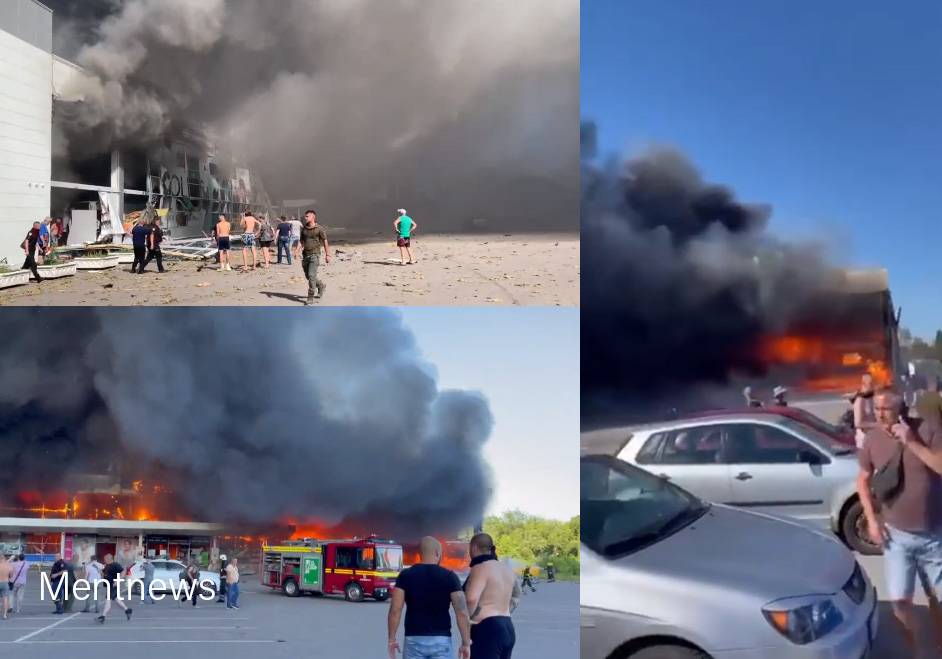 Fire at the site of a missile strike in Kremenchuk

The missile hit the Amstor shopping center in the Ukrainian city of Kremenchug. Eyewitnesses released footage of the fire. According to Ukrainian President Volodymyr Zelenskyy, more than a thousand people were in the building at the time of the emergency, writes the strange Telegram channel Politika .