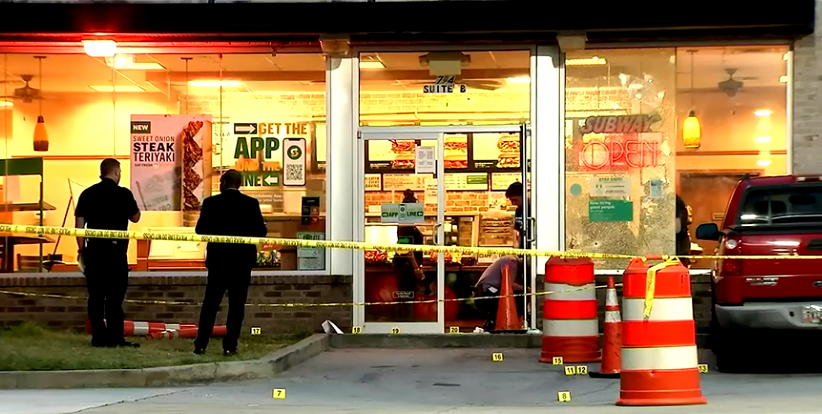 A Subway employee was shot in front of her son Sunday after arguing with a customer “about too much mayonnaise on his sandwich,” according to the restaurant owner.

Police said officers were called to the shooting at the downtown Atlanta gas station on Northside Drive Southwest around 6:30 p.m. local time. A second employee was hospitalized with injuries, Fox5 Atlanta reports.

The restaurant’s owner, Willie Glenn, told reporters at the scene, “Believe it or not, it was about too much mayonnaise on his sandwich.

“He decided to escalate the situation, and all hell broke loose from there.

He added that the employee who was killed had her son in the store when it happened.

He added, “One of the young women who was killed today had her son in the store. She had a young son who had to witness all this,” he said.

An on-duty manager returned fire at the suspect but missed, Glenn said.

The two employees who were shot had been working at the restaurant for three or four weeks, he added.