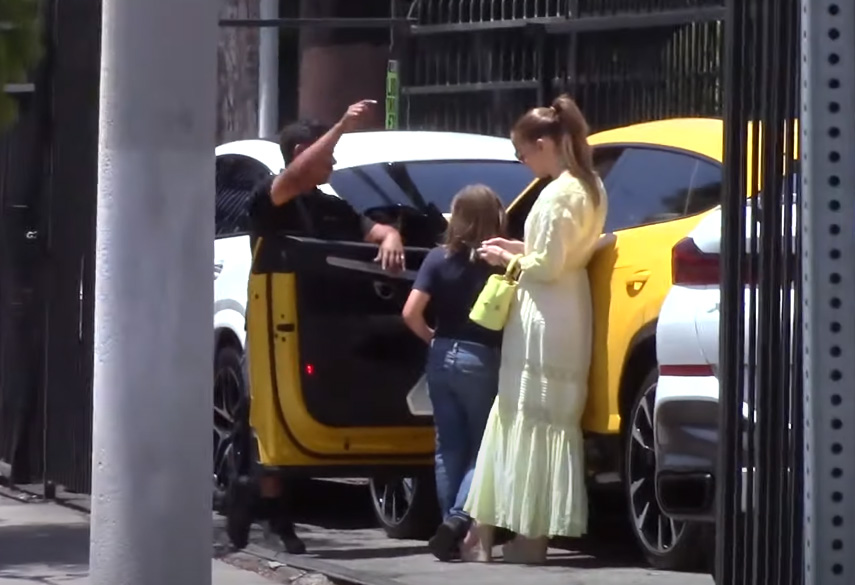 Ben Affleck’s young son got behind the wheel of a yellow Lamborghini SUV on Sunday and rammed the expensive sports car into another vehicle when he accidentally put it in reverse.

Ten-year-old Samuel Garner Affleck was with his fiancée Jennifer Lopez at a luxury car rental in Los Angeles when he got into a fender bender.

He made his son, whom he shares with his ex-wife Jennifer Garner, jump into the driver’s seat of the flashy car.

That car – a Lamborghini Urus that rents for a whopping $1,475 a day – went into reverse and collided with a white BMW.

According to the footage, Samuel Affleck then got out of the car and checked both vehicles.

After the incident, Ben Affleck also checked the damage and comforted his son. He put an arm around the boy and hugged him tightly, a photo shows.

Little Affleck was given permission to jump into the driver’s seat.

Neither the yellow Lamborghini nor the cars nearby were damaged.

No one was hurt and there was no trouble, the employee said. “Everyone was fine!”