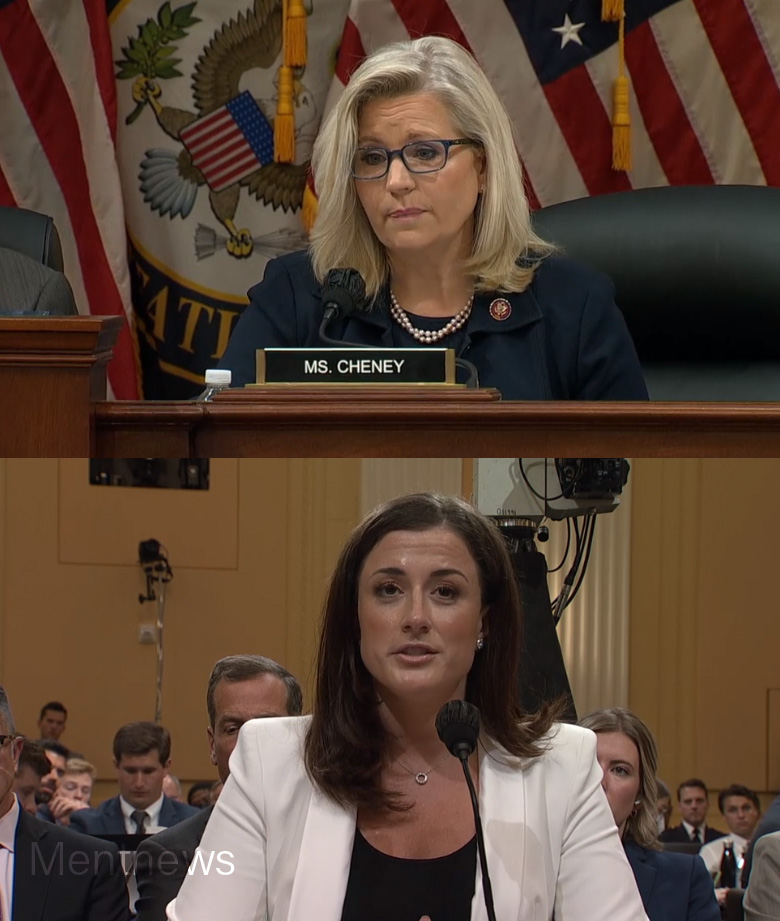 Donald Trump was apparently desperate to get into Congress on Jan. 6, even allegedly grabbing the steering wheel of a security guard. The ex-president also knew about the guns in the crowd, says Cassidy Hutchinson.

Hundreds of Donald Trump supporters stormed the Capitol in Washington on Jan. 6, 2021. Congress had convened there to formally certify Joe Biden’s election victory. Several people died in the attack, dozens were injured. An investigative committee is looking into the question of whether Donald Trump is to be held responsible for the violent clashes.

“I’m the freaking president, take me to the Capitol”

On the sixth day of the hearing, the focus included Trump’s former chief of staff Mark Meadows and his aide Cassidy Hutchinson. Hutchinson said the then-president and close associates were aware in advance of possible violence on the day of the storming of the Capitol.

“I don’t give a sh*t if they have guns – they’re not here to hurt me. They can march from here to the Capitol. Take away the damn metal detectors,” Cassidy quoted Trump as saying. She claimed to have heard those words from him shortly before his speech. When a president gives a speech, crowd control requires those in attendance to pass through metal detectors.

The investigative committee learned from law enforcement reports that attendees at Trump’s rally had pepper spray, knives, brass knuckles, Tasers and blunt objects with them, said committee Vice Chair Liz Cheney. According to Hutchinson, Meadows was also informed of this – but showed almost no reaction.

White House Counsel Pat Cipollone had urged her as early as Jan. 3 to lobby Meadows to prevent a protest, Hutchinson said. “We’ll be charged with every crime imaginable if we get this movement going,” he reportedly told her.

According to Hutchinson, Trump allegedly planned to drive himself to the Capitol on Jan. 6. Even concerns about possible legal consequences reportedly did not dissuade Trump. When the president was told by his top Secret Service bodyguard that he could not drive to Congress for security reasons, he was very “angry.”

Citing a conversation with a colleague and the Secret Service official in charge immediately after the incident, Hutchinson described how Trump even tried to grab the driver’s steering wheel in the armored SUV. He reportedly said, “I’m the freaking president, take me to the Capitol.” The bodyguard grabbed his arm to keep him away from the steering wheel, she further described. Trump used his free arm to fight back, she said.

In anger over an interview the then-attorney general gave about the 2020 presidential election, Trump allegedly once threw a plate of food at the wall, Hutchinson said. She left her office in December and went to the White House dining room, she said. Earlier, the president had cited her then-boss Meadows there, she said.

The valet “signaled me to come in, and then pointed to the front of the room, near the mantel by the TV, where I first noticed ketchup dripping down the wall,” she described. There was a broken porcelain plate on the floor, she said.

The servant then told her that Trump had been so angry about an interview with Attorney General William Barr that he had thrown his lunch against the wall. Barr had said in the interview that there was no evidence of widespread voter fraud.