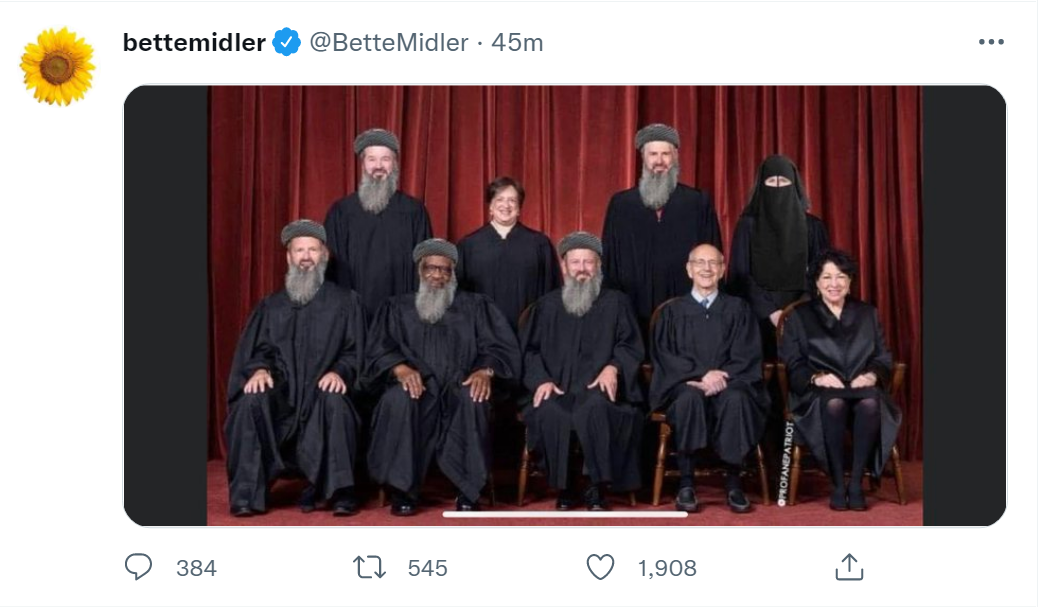 And with a saying that makes you think.

She is now mocking the decision on Twitter and also has the perfect counter for the male world: “Time to ban Viagra,” Midler writes, explaining, “Because if pregnancy is ‘God’s will,’ so is your flaccid penis.”

Bette Midler and many other celebrities stand up against abortion laws

For her post, the US icon receives a lot of applause and encouragement in the comments. “I love it! The Republican limp-wristed party,” one user gloats, for example. Another person had “laughed out loud for ten minutes.” The tweet now has around 250,000 likes and has been shared almost 40,000 times.