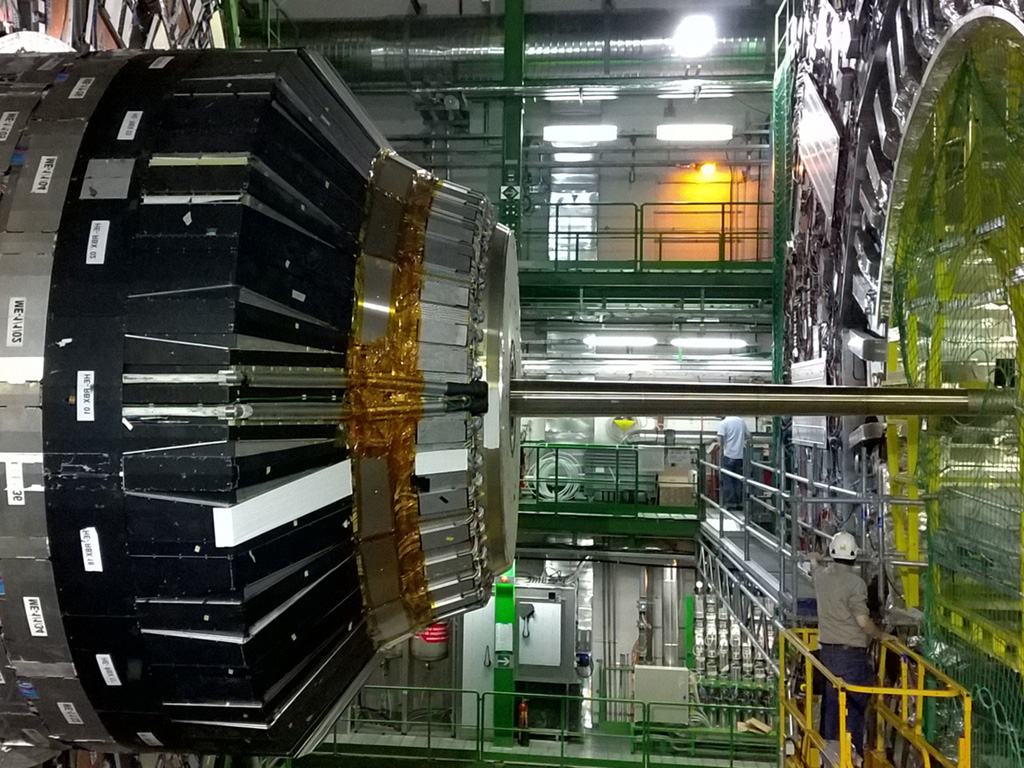 Now, however, measurement operations will be resumed - and at energies never before achieved.

After an interruption of more than three years, protons will once again collide at nearly the speed of light at the Cern research center in Geneva starting today, July 5, 2022 – in the world’s largest particle accelerator.

The choice of this date seems to be no coincidence. Ten years ago, on July 4, the discovery of the Higgs particle was announced at Cern. At that time, two experiments (Atlas and CMS) had independently proven the existence of the particle that had been predicted for decades. This was a major scientific breakthrough, for which a Nobel Prize in Physics was awarded the following year in 2013.

During the most recent maintenance and conversion work, the performance of the accelerator was improved once again, so that researchers expect the “LHC Run 3” that is now beginning to provide even more precise insights into the properties of the Higgs particle. It would be even more exciting, however, if the discovery of other, previously unknown particles were to succeed.

This hope is based on the fact that the accelerator is now being operated at a new record energy. While the protons collided with 13 trillion electron volts (TeV) in the second measurement period, this value will increase to 13.6 TeV in the future. If the collisions occur at higher energy, physical effects could be uncovered for which the available energy has been insufficient.

However, the chance of new discoveries depends not only on the collision energy of the protons, but also on the number of collisions per second. The more collisions that can be observed by the experiments’ detectors, the more often rare events will be seen. And these, in turn, must be detected often enough to have sufficient statistics to speak of a “discovery.”

In the future, there will be significantly more proton impacts per unit time than in the second measurement period. “We will focus the proton beams on an interaction zone that is less than ten micrometers in size,” explains Mike Lamont, the director of accelerators and technology at Cern. Compared to the first measurement period, there will now be a good 20 times more collisions per second.

That, in turn, places even greater demands on the detectors and data processing than before. “The Atlas detector is basically a giant camera that ‘photographs’ many millions of particle collisions per second,” clarifies Professor Volker Büscher of the University of Mainz.

But it is not technically possible to store so many images per second. And it’s not even necessary, because most of them don’t contain any interesting information.

Data from 500 DVDs per second

The Mainz physicists have optimized the so-called trigger system, which can decide in real time whether an image is interesting or not. Only the relevant data is then stored for later evaluation. “Every second, the system processes more than two terabytes of data,” says Büscher, “the equivalent of almost 500 DVDs.” These fully automated electronics operate at the limits of what is technically feasible today.

During the conversion phase, a spectrometer for detecting muons was further optimized at the Atlas experiment. Like electrons, muons are negatively charged, but have a mass about 200 times greater.

The Higgs particles, which are created when two protons collide, decay again after a very short time. This can happen in several ways. One possibility is the decay into muons. These can then be registered and measured by the spectrometer. This in turn allows conclusions to be drawn about the properties of the Higgs particle.

In total, more than 3200 scientists from 177 institutes in 38 countries are involved in the Atlas experiment. The LHC particle accelerator is now expected to run for almost four years and supply Atlas with proton crashes – around the clock.