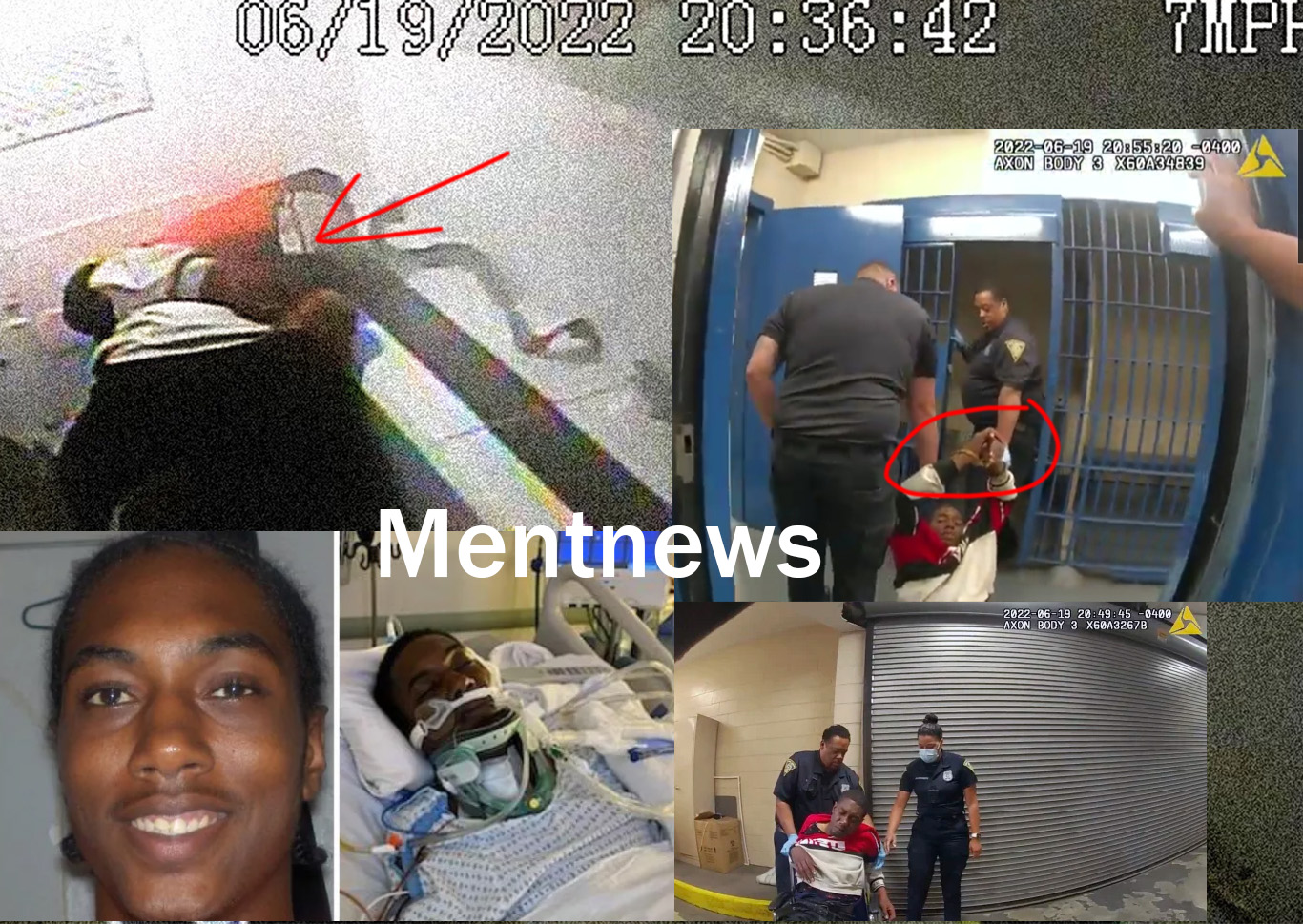 This video is HORRIFIC! Randy Cox was put in a police car with no seat belts and after an abrupt stop was slammed head first into the wall.

Randy Cox was handcuffed when NewHaven Police pulled him out of the back of the vehicle.

He was not wearing a seat belt and had his head slammed into the back seat of the car when the officer driving him stopped suddenly, the disturbing video shows.

Randy Cox was at a street fair on June 19 when police arrived on a weapons complaint. Officers arrested Cox, who they say is a former felon and was illegally carrying a firearm. As they were taking him to jail, Officer Oscar Diaz was reportedly driving too fast and stopped suddenly to avoid an accident, at which point Cox screamed with his head

Despite Cox’s repeated cries for help, it took nearly four minutes before an ambulance was called to pick him up at the station.

When the ambulance arrived, several other officers were already waiting for Cox and asked him to get out.

Cox’s sister Latoya Boomer says, “It makes me sick to treat someone like this…. “At what point do you believe someone who says, ‘I think my neck is broken?

Another video shows Cox being dragged through the cells in handcuffs, even though he is paralyzed