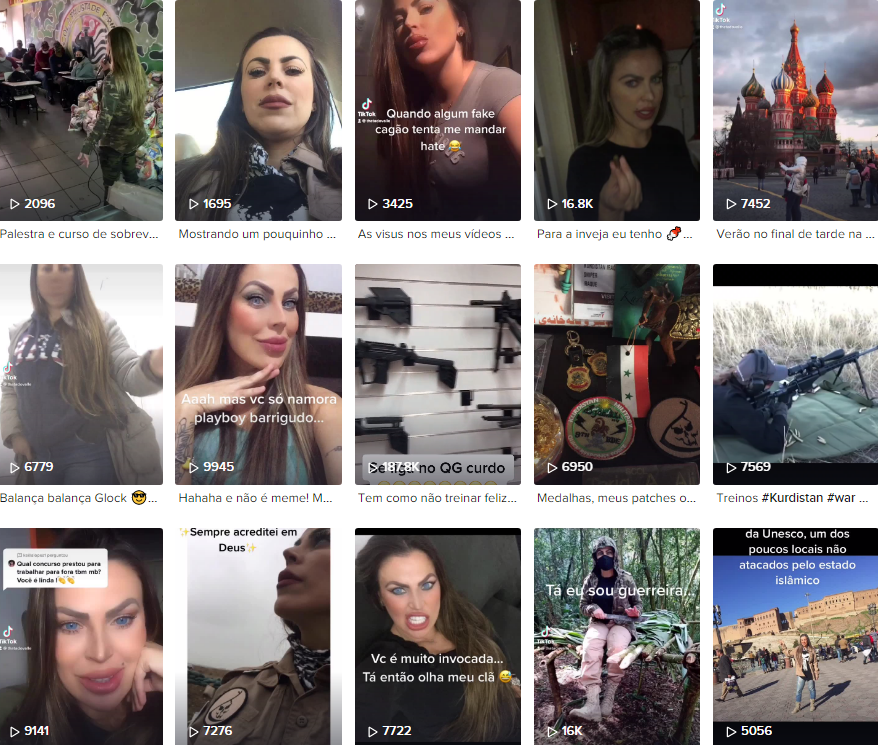 Brazil is mourning the death of two of its compatriots who were killed as volunteers fighting Putin’s army in Ukraine. Thalita do Valle, a 39-year-old sniper, died June 30 in a missile attack on her bunker near Kharkiv. Her companion, Douglas Burigo, was killed while trying to rescue her from the burning structure. Do Valle’s relatives told the Daily Mail.

“Her unit came under heavy fire and was roughed up,” Thalita’s brother Theo told the newspaper. “Thalita went into the bunker, which was already on fire, and got trapped. Her friend Douglas tried to rescue her between two attacks, but was also killed.” Thalita eventually suffocated because of the fire in the bunker, he said.

“She was a peaceful person”

The woman from São Paulo had arrived in Ukraine just three weeks before her death. Previously, do Valle had worked as a model and actress, then studied law. “Thalita was always driven by the desire to help people and animals,” her brother reports. “She was always traveling somewhere on a humanitarian mission, in Brazil but also in other countries.”

One of her missions took Thalita to Iraq. With the Kurdish Peshmerga fighters in the north of the country, do Valle trained as a sniper and fought against the Islamist terrorist militia “Islamic State.” But she was not a gun nut, according to her brother Theo: “She was a peaceful person and never encouraged anyone to take up arms. She wanted to save people and animals, and guns are just part of war.”

Kharkiv, in eastern Ukraine, is the country’s second largest city. In the meantime, the defenders had managed to push Russian troops back from around the city, but most recently the Russian army has advanced again, shelling the city with artillery.